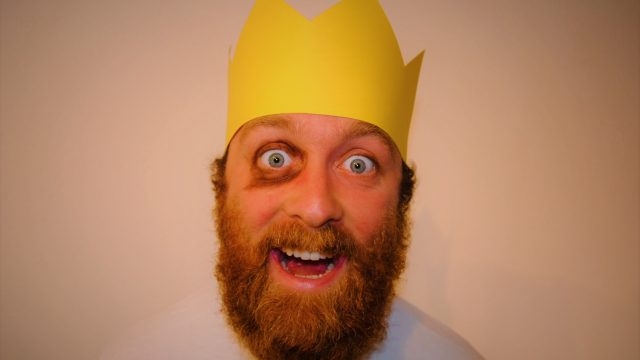 In Monsters & Monarchs four actors will bring you England’s rich and rebellious history of Monsters and Monarchs, all fighting for the one object of absolute power: England’s Hollow Crown. Experience the War of the Roses through ten of Shakespeare’s (in)famous history plays in a quick paced, humorous and above all, educational performance by a new generation of Shakespearean experts. Once more unto the breach dear friends, once more! Starting with Edward the third and following the struggle that follows the untimely death of his son and heir. Let’s talk of graves, of worms, and epitaphs. Let’s talk of a band of brothers. Let’s talk of the winter of our discontent. Let’s talk… of Shakespeare.

This brand new Shakespeare Play, created in collaboration with THE GINGER SHAKESPEARE COMPANY,
covers no less than 10 history plays, following the crown through generations of monarchs. Or monsters.
That all depends on your point of view.
In a time of fake news and twitter-politics, MONSTERS & MONARCHS takes a look at history through the eyes of the bard.